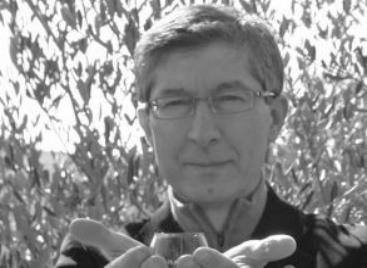 Aldo Mazzini is the ideator of the Masters of Olive Oil Competition. He is a quality business consultant and has worked for some of the most important international brands. Aldo is a professional taster formed and specialized at ONAOO school and he is on International Register of ONAOO Professional Tasters with a Panel Leader Diploma released from CCIAA of Florence.

He has been a member of the panel of the Imperia Chamber of Commerce for the PDO and he is a member of the official ONAOO Panel since 2000. One of his specialization fiels is training, he did  courses in Italy and abroad. Aldo has participated as a judge in many national and international competitions such as Ercole Olivario, Orciolo d’Oro, Sirena d’Oro di Sorrento, London IOOC and Zeytindostu Olive Oil Contest in Turkey. His academic training has a University a Degree in Business Administration at the Faculty of Economics and Commerce of the University of Genoa and a Master in Communication and NLP with recognition of the prestigious NLP Society by Richard Bandler. 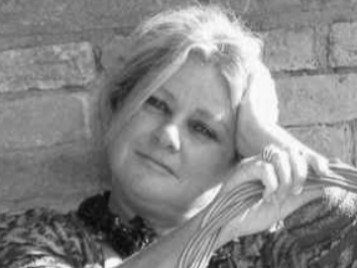 Alissa Mattei is The AIFO Panel official Panel Leader in Florence, She also  currently is  President of the Knoil association a non-profit association for the organization of oil courses in Italy and abroad and for the dissemination of the culture of extra virgin olive oil. It is a chemist who he has been Director of Research and Development and Quality at Carapelli Firenze SPA for more than 30 years, (one of the most important Italian companies). She was one of the commission experts at Coi from 2000 to 2011. She directed the Carapelli Panel for many years and held and held training courses for tasters both in Italy and abroad. He is an agri-food consultant, trainer for oil tasting for category associations (AIPO, Confagricoltura, AIFO). She has been a judge in many national and international olive oil competitions. Alissa is co-supervisor at MOOOIC the Jury since 2019. 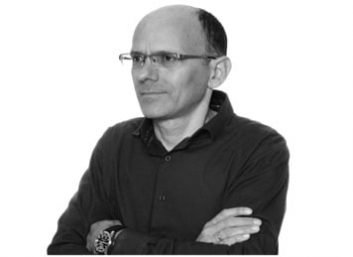 Manolis Salivaras is an experienced laboratory analyst and an expert of organoleptic evaluation of olive oil. He has studied Food Technology at the Technological Educational Institute of Thessaloniki and then at the Agricultural School of the University of Saskatchewan in Canada. At the same University ha has completed postgraduate studies in Food Science and Applied Microbiology. Since 1993 he operates successfully in the field of laboratory analyses and he has the general management of the Multichrom.Lab – olive oil analysis laboratory – accredited by the International Olive Council.

He has an experience of more than 20 years in EVOO analysis and organoleptic evaluations. Mannolis has participated in many seminars of chemical instruments quality control and also in food control conferences on edible food fats. He has also undertaken the organization and participated as an olive oil expert in many competitions as a panel leader, actually he is the Panel Leader in the London Olive Oil Competition. For the period 2015 – 2016 the organoleptic panel Multichrom Lab under his leadership, won first place in the international ranking of annual certification carried out by the American Olive Chemists Society (AOCS). 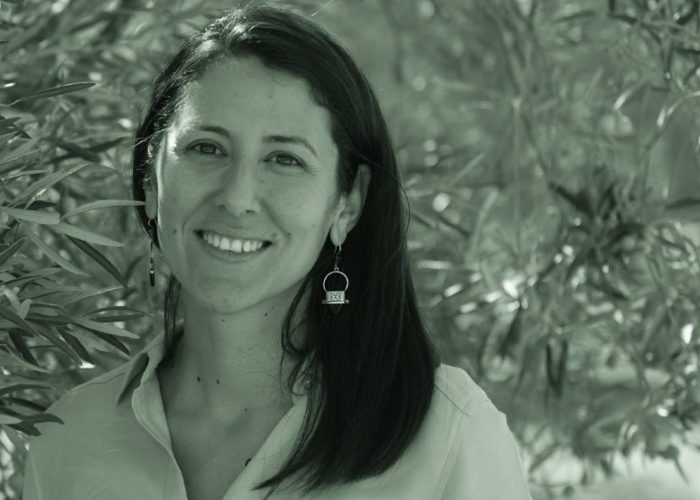 Sonda is an IOC Panel Leader in Tunisia. She is a Managing Partner at Olea Conseils/ Panel leader Olea Conseils/ Panel leader at SGS. Today she is the only lady in the world that is driving two official tasting panels recognized by the IOC. She has held and holds training courses for tasters: Sonda has also a huge Competitions experience in fact she participated in various juries of national and international competitions such as the London IOOC. 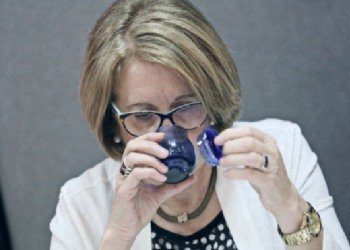 Anuncia has a degree in Biology from the University of Córdoba and Diploma in Fats and Oils from the Instituto de la Grasa de Sevilla-Consejo Superior de Investigaciones Científicas (CSIF). She has published many articles and several books, related to the quality of virgin olive oil, tasting and quality of virgin olive oil, tasting, and ancient oil mills.
She participates as a jury member in many prestigious national and international awards: EXPOLIVA International Award since 1988, Jaen Selection, Diputación de Málaga, Seville, Bajo Aragon, Canary Islands. BIOL Award from 2002 to 2019. Official member of the International Jury of the SOL DE ORO Award.
She has been a member of the International Jury of the OLIVE OIL Competition, Montiferru awards. Official member of the International Jury in Santiago de Chile, Cape Town, South Africa, Melbourne, Osaka, and Peru in 2019. Currently, she advises various industrial mills and large cooperatives in obtaining high-quality oils. She directs the tasting panel of the “IBEROLEUM”. guide of the Virgin Olive Oil of Spain. Heads the tasting panel of the CINVE Contest of the best Extra Virgin Olive Oils in the world. 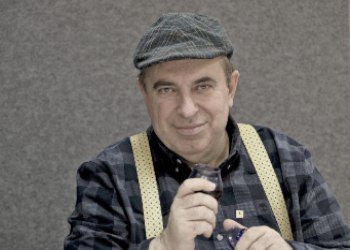 Giulio Scatolini Oil maker and professional oil taster since 1993. He perfected Panel Leder with the course organized by the International Olive Oil Council (IOC) in 1995. In 1997 the Aprol Perugia panel he presided over became the first panel of an association of olive producers in the world to receive recognition by the IOC.

In 2007 he obtained recognition by the MIPAF as panel leder of the tasting group of Unaprol, the National Union of Italian olive producers.

He was also appointed, on April 30, 2012, by Federdop, the National Federation of Consortia for the protection of extra virgin olive oils, “Ambassador of Italian DOP oils in the world”.

He is a lecturer, at the University of Flavors of Perugia, since the birth of the structure. 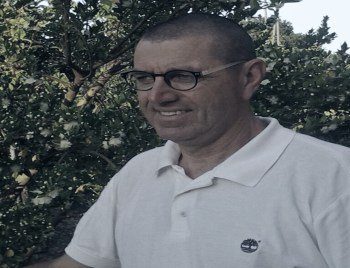 Giuseppe has a degree in Agricultural Sciences and is Panel Chief in Sicily in several official tasting committees.

He has thirty years of experience in the field of olive oil and quality assessment.

He has participated in many juries of prestigious competitions in Italy and was also Panel Leader for the award “Ercole Olivario”, has been a judge several times at the “Sol d’Oro”, the “Sirena d’Oro”, and the “Leone d’Oro. 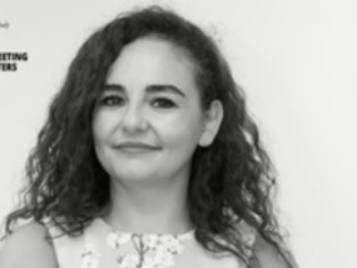 Müge is a food engineer and an expert in olive oil; and in Turkey she is responsible for the Government of national and international research projects in the field of extra virgin olive oil. She is an accredited Panel Leader for sensory analysis laboratories and was trained in Italy, France and Spain for oil tasting. She has participated in various Juries of national and international competitions such as: the Zeytindostu prize in Turkey which she has co-leaded for several years and the London IOOC. Muge has been and she is teacher in various training courses for olive oil tasting; she is an ONAOO professional taster since 2013 and she is in the Organization International Tasters List. Muge has been in MOOOIC the Jury since 2016. 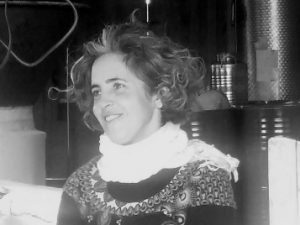 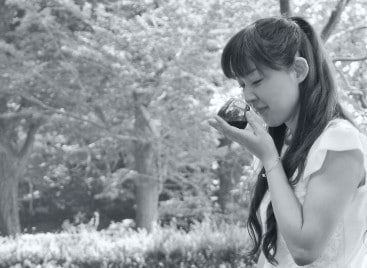 Himeyo is an International Olive Oil Professional Taster who has formed her olive oil culture  at ONAOO School and she also has Panel Leader Diploma by IOC in Madrid. Actually she is  the President of the JOOTA-Japan Olive Oil Taster Association. She has taken part in some important Olive Oil Competition as a Judge in Japan and abroad like the NYOOC. She has participated as an official member of the Jury at various international olive oil competitions in many countries such as Italy, United States (NYOOC), Spain and New Zealand.
Himeyo also plays the role of external consultant for research and innovation with olive oil producers inside and out, universities, research institutes in his country. It is committed to the diffusion of the culture of the oil that really translates into understanding and spreading the knowledge of olive oil. 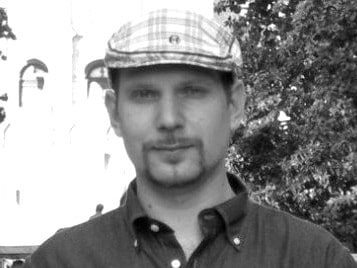 Luca Mencaglia lives in Umbria, he is an expert consultant and taster. He is a member of the official committee of APROL in Umbria. Luca has a Panel Leader Diploma certification. Over the years he has participated as a judge in many national and international competitions such as the Ercole Olivario, L’Orciolo d’Oro, Biol Prize (International Biological Oil Competition), the IOOC Harmonia , the Sirena d’Oro in Sorrento, Regional selections guide “Gambero Rosso”. He has been judging in the MOOOIC  the Jury since the first edition Sanremo 2016. Other activities related to the olive sector: guided tastings and training courses from 2010 to today. He makes consultancies to Mills and Farms in Italy since 2011 and also in Japan since 2017. 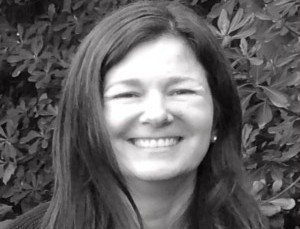 Denise Langevin is a professional virgin olive oil taster and consultant from Chile where she lives. Denise has been invited as a taster in several international Competitions. She entered the world of olive oil in 2004, She specialized in oil tasting courses in Italy and France. Her test of fire was the invitation he was made to be a juror of Olive D’Or in Canada and then International Extra Virgin Olive Oil Competition 2012 in Los Angeles, California. She also has been invited as a jury in the Competition at Ovibeia 2012 in Portugal, she also took part in Israel as a judge in the TerraOlivo competition. She has been in MOOOIC the jury since the first edition in  Sanremo 2016. 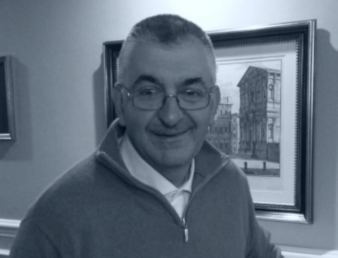 Marco is a professional taster for more than 20 years. He is passionate about Olive Oil matter and he did is olive oil training in Imperia during the ’90s at the ONAOO School, he is, in fact, a certified ONAOO professional taster. Marco also is an official member of the ONAOO tasting Panel for more than 20 years and he is in the International ONAOO Taster’s list. He took part in many local competition Juries in Italy and he has been part of the Orciolo d’Oro Jury four times. This is the oldest olive oil International Competition in Italy and one of the most famous.
MOOOIC THE JURY

MOOOIC the Jury: we are a Panel formed by a Group of tasters, consultant, and lecturers with the same great passion for Olive Oil. This is why we take into great consideration the duty to taste and assign the maximum grade of attention to Your oil samples. We absolutely want to recognize the right value to Your work and commitment in producing top quality extra virgin olive oils. Giving awards is a serious matter so we will keep in mind it in every glass we are going to taste.

Take Your chance now
Previous
Next

Main Sponsor of the Event for 2021 is Bonifiche Ferraresi SPA

Under the patronage of the
Mairie de Monaco

With the sponsorship of the
MORI TEM Industry

With the co-operation of the
Orange Flag Municipality Association

With the collaboration of KNOIL ASSOCIATION

Any cookies that may not be particularly necessary for the website to function and is used specifically to collect user personal data via analytics, ads, other embedded contents are termed as non-necessary cookies. It is mandatory to procure user consent prior to running these cookies on your website.